We live in a world where sharing our homes with animals, often referred to as “companion” or “domesticated” animals, is common. Exotic animals who are not domesticated are also plucked from their natural environment and kept by humans, including birds, tropical fish, reptiles and amphibians. While adopting animals is becoming more prevalent due to increased awareness around the issues of purchasing animals, there is still an industry thriving on the breeding and selling of animals for human purchase. Whenever someone buys from a breeder, more animals will continue to be “produced” and sold as companion animals, all for the enjoyment of humans. Purchasing animals has a myriad of negative consequences for animals, and perpetuates the notion that they are property; objects that can be bought and sold. In an ideal world, all animals would be able to live their lives freely. But until that happens, we have bred animals to rely on us, so we must do our part.

Even our most-loved companions are poorly protected by animal welfare laws. When it comes to puppy factories, you’d be forgiven for believing that they are illegal, and therefore when reported to authorities, would be shut down.

However unfortunately in most other states of Australia, operating a puppy factory is completely legal provided you have a council permit to do so. A council permit makes a puppy factory a registered business (which of course comes with no animal welfare guarantees), yet many puppy farmers use this to deceive consumers into thinking they are a registered breeder. It’s just one of the many ways puppy farmers fool potential buyers. 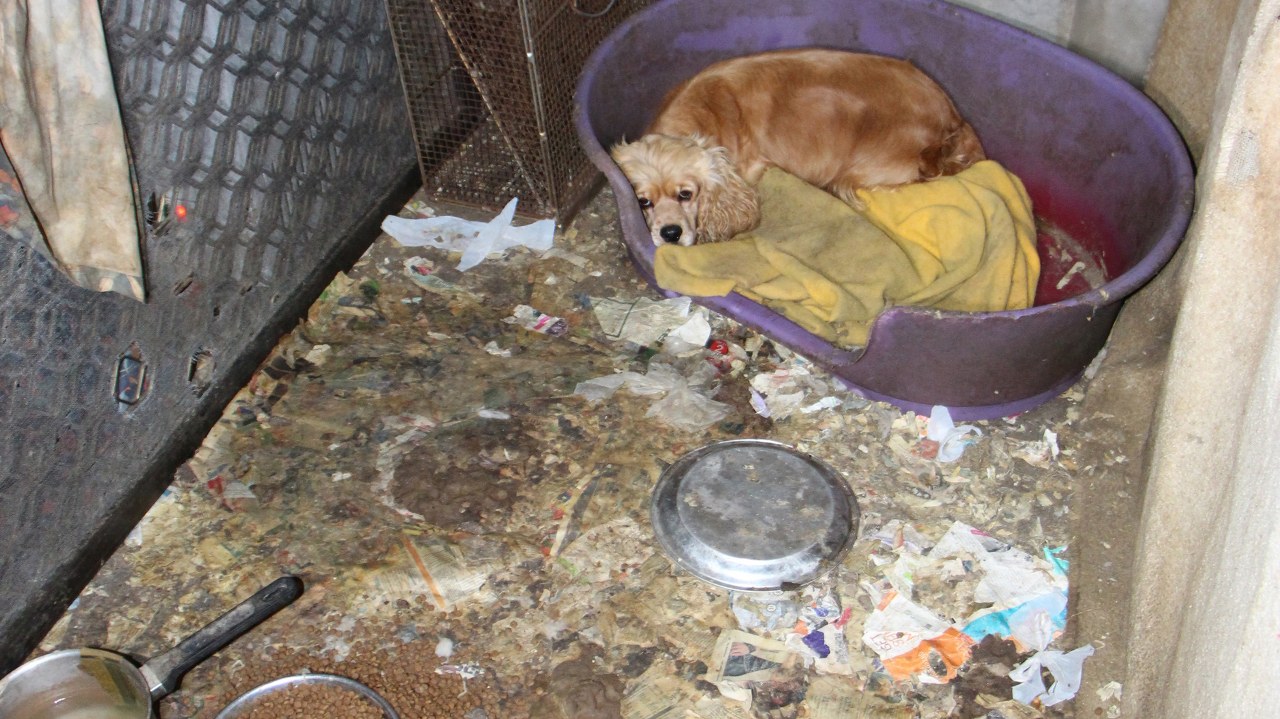 Puppies are usually taken from their mothers at around 6-7 weeks and thrown in a pet shop window, or sold online and shipped across the country. The trauma of having continuous litters taken away prematurely takes a big mental toll on mother dogs, with some rescued dogs developing habits of making ‘nests’ with soft toys as their babies. 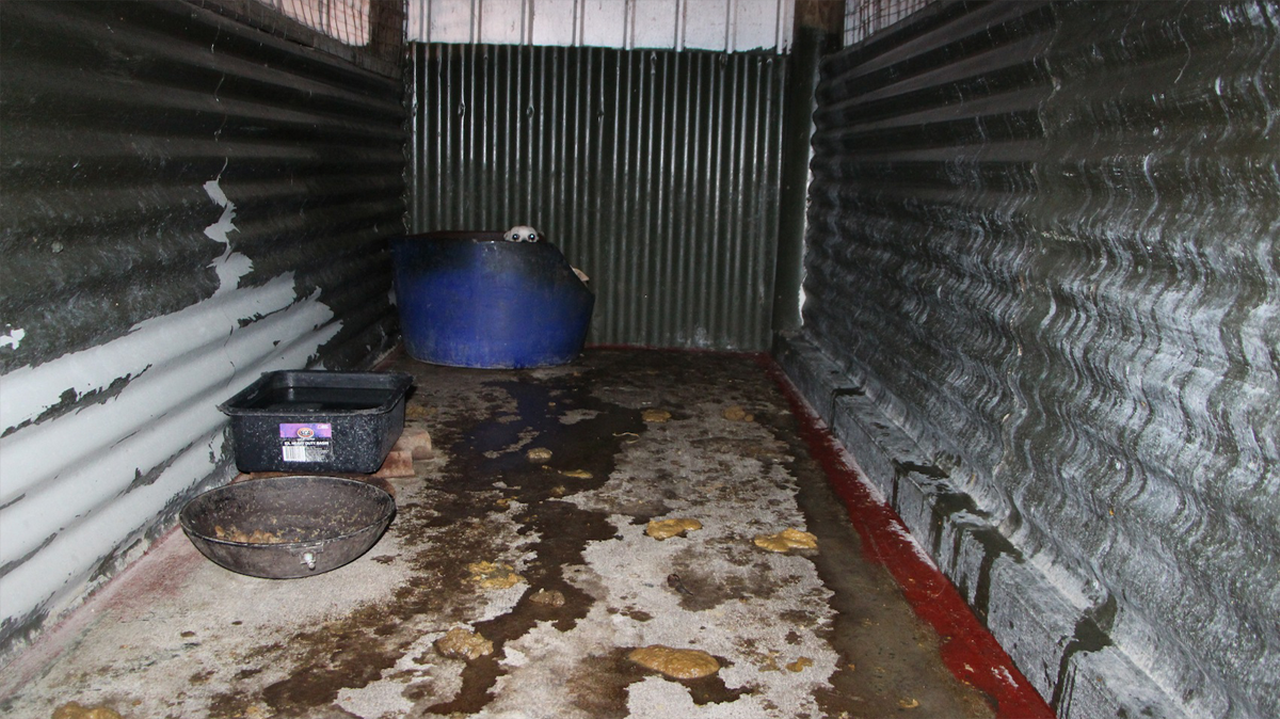 While humans continue to purchase dogs from pet stores and breeders, tens-of-thousands are being euthanised at shelters every day, all over the world.

Currently, reporting of shelter animal euthanasia statistics is unregulated and not mandatory. It is estimated that in Australia alone, over 40,000 surrendered and stray dogs are euthanized annually.

It’s not only dogs who can be confined in intensive breeding facilities. Investigations have uncovered shocking treatment of cats in “kitten factories”.

Cats can become pregnant as early as four months of age. They generally breed seasonally, which results in a “kitten tsunami” in the warmer months between November and April. Unrestricted breeding and lax desexing laws result in far more animals being born than there are caring homes for them to go to.

Countless cats are killed in shelters, simply because there are not enough homes to go around, but kitten factories and backyard breeders continue to oversupply the market with ‘fresh’ animals

Through no fault of their own, cats have played a role in the extinction of a number of native animals. Cats kill an estimated 377 million birds and 649 million reptiles every year in Australia. In the United States, the numbers are even more striking: Scientists estimate that free-roaming cats kill 1.3 to 4 billion birds and 6.3 to 22.3 billion mammals every year.

Rabbits and guinea pigs are often bred in unregulated, backyard operations, posing serious concerns for their health and wellbeing. Despite continued promotion as an easy pet, caring for and meeting the complex needs of both guinea pigs and rabbits is far more complex than people often understand, and as a result they often live in homes that fall incredibly short in providing them the life they deserve.

Due to the unregulated nature of breeding and selling these animals, it is not uncommon for both guinea pigs and rabbits to be kept and housed in filthy, inadequate conditions. Living among feces and urine, fed inappropriate diets and barren, under stimulating environments are all of particular concern. Due to the financial incentive of raising these animals, those who fall ill seldom receive the treatment they need

Birds in captivity are sadly always denied the lives they deserve, living in confinement, unable to fly long distances freely, something all birds have an innate desire to do.

Much like rabbits and guinea pigs, the breeding of birds to be sold as companion animals is for the most part unregulated, leaving these animals vulnerable to poor treatment and inadequate care.

Birds are often kept in barren cages, with little to no enrichment and seldom have room to fly around.

The decision to bring a companion animal into your home shouldn’t be made lightly, but when you do, consider this…

For every animal sold in pet stores or by breeders, equally healthy and deserving animals in shelters face death row whilst waiting for someone to adopt them.

The sale of animals online, from pet stores and unethical breeders underpins an overbreeding crisis which is resulting in hundreds of thousands of needy animals being euthanised every year simply because there aren’t enough good homes for them.

Whenever someone buys from a breeder, the cycle continues. More animals will continue to be produced and sold as companion animals, all for the enjoyment of humans.

Pet Rescue (Australia) lists thousands of animals all across the country looking for forever homes. You can also learn about fostering and volunteering opportunities on the site.

Foster someone in need or volunteer your time

If you’re not able to offer a permanent homel, perhaps you may want to consider fostering someone in need, or offering your time and help at a local shelter.

Foster and volunteering opportunities are often listed online, so do some research on shelters and rescue groups near you!