The kangaroo is an iconic, native Australian animal, regarded as a symbol of the country by the rest of the world. Kangaroos are social, maternal and, most importantly, sentient beings capable of suffering just like humans. Despite kangaroos’ native status, they are classified as a ‘pest’ species, slaughtered en masse in the wild and viewed as a resource for their flesh and skins. The Australian commercial kangaroo industry is the largest land-based slaughter of mammalian wildlife in the world. Kangaroo flesh is commonly promoted as a sustainable, clean and ethical source of protein, however, this couldn’t be further from the truth, and there is a wealth of evidence disproving this harmful rhetoric. The hunting and slaughter of kangaroos causes immense suffering, is damaging to the environment, and is certainly nothing close to sustainable. After the 2019/2020 bushfires, which killed and displaced a staggering three billion of Australia’s precious native wildlife, there has never been a more critical time to protect kangaroos.

It is estimated that a whopping ninety million kangaroos have been commercially slaughtered since the industry began 30 years ago. Further, as many as one million joeys are killed annually as a ‘by-product’ of the commercial kangaroo industry.

Kangaroos are the largest marsupials in the world. They are social creatures, living in family groups known as ‘mobs’, which can consist of anything from a small number of individuals to hundreds. Contrary to the common misconception that kangaroos are nomadic creatures, they generally live in one area. Kangaroos are incredibly maternal animals; birthing joeys after only one month of gestation, mothers carry their joeys in their pouch for a further 120-400 days (dependant on the species) and continue to feed their joeys for up to a year and a half after they have left the pouch.

Kangaroos are sentient beings, capable of experiencing many of the emotions humans have. Research has even found that kangaroos can suffer from a version of post-traumatic stress disorder, which can be experienced after facing a life-threatening situation such as being hunted.

Kangaroos are slaughtered in remote locations, under the cover of darkness (when they are most active), where there is no formal or effective monitoring of their welfare. There are no statistics that indicate the number of kangaroos who are shot and wounded, but not killed immediately and go on to suffer a long and painful death. Industry standards require kangaroos to be killed with a single shot to the head. However, conservative estimates suggest that tens of thousands of kangaroos ‘processed’ for the commercial industry each year are not killed this way.

The industry largely justifies itself by demonizing kangaroos, perpetuating the rhetoric that populations have reached plague proportions, competing with ‘livestock’ animals for pasture, and are therefore a ‘pest’.

In fact, kangaroos are native to Australia and play an essential role in the ecosystem. They are slow-growing and reproducing animals; females are only able to bear one joey per year, and mortality rates of offspring are high, particularly in times of drought. Population growth of kangaroos is heavily restricted due to these factors, meaning it is virtually impossible for their populations to ‘explode’ like is often suggested by supporters of the kangaroo meat trade.

A common justification for the ’pest’ status of kangaroos is that ‘livestock’ animals are competing directly with sheep and cattle for pasture and water, as well as causing damage to agricultural fencing.

However, according to the University of Technology Sydney, kangaroos have been found to not compete with ‘livestock’ animals for resources (unless in times of drought), and populations of kangaroos are not dependent upon artificial water structures.

The commercial slaughter of kangaroos in Australia is a multi-million dollar industry; their flesh and skins are used to make various products including pet food, leather products, and meat for human consumption. There are four species of kangaroo commercially hunted in Australia: the Red Kangaroo, Eastern Grey, Western Grey and Common Wallaroo.

Australia exports approximately 4,000 tonnes of kangaroo meat for human consumption around the world every year.

Harvest quotas are set annually based on kangaroo population estimates; these are referred to as ‘sustainable harvest quotas’, deciding the maximum number of kangaroos that may be killed each year. Despite being promoted as a sustainable number, scientists have argued that there are issues with the methods used to ascertain population estimates, therefore calling into question the sustainability of these quotas.

Despite the protected status of kangaroos and wallabies, there are standards mandating the commercial hunting and slaughter of these precious animals. Unsurprisingly, this inconsistency results in terrible welfare outcomes for kangaroos. Dishonestly propped up by the Australian government as the ‘most sustainable wild harvests in the world’, the industry receives taxpayers dollars from the government to slaughter these iconic animals.

The non-commercial killing of kangaroos

Kangaroos are not farmed like other animals, they are hunted and killed in the wild, under the cover of darkness, often in extremely remote locations.

Despite shooters being legally required to deliver a single shot to the head to achieve instantaneous loss of consciousness, there are a range of factors that can affect shooters’ accuracy. These factors include diminished visibility hunting at night, weather, individual hunter experience and ability, and kangaroos startling suddenly. 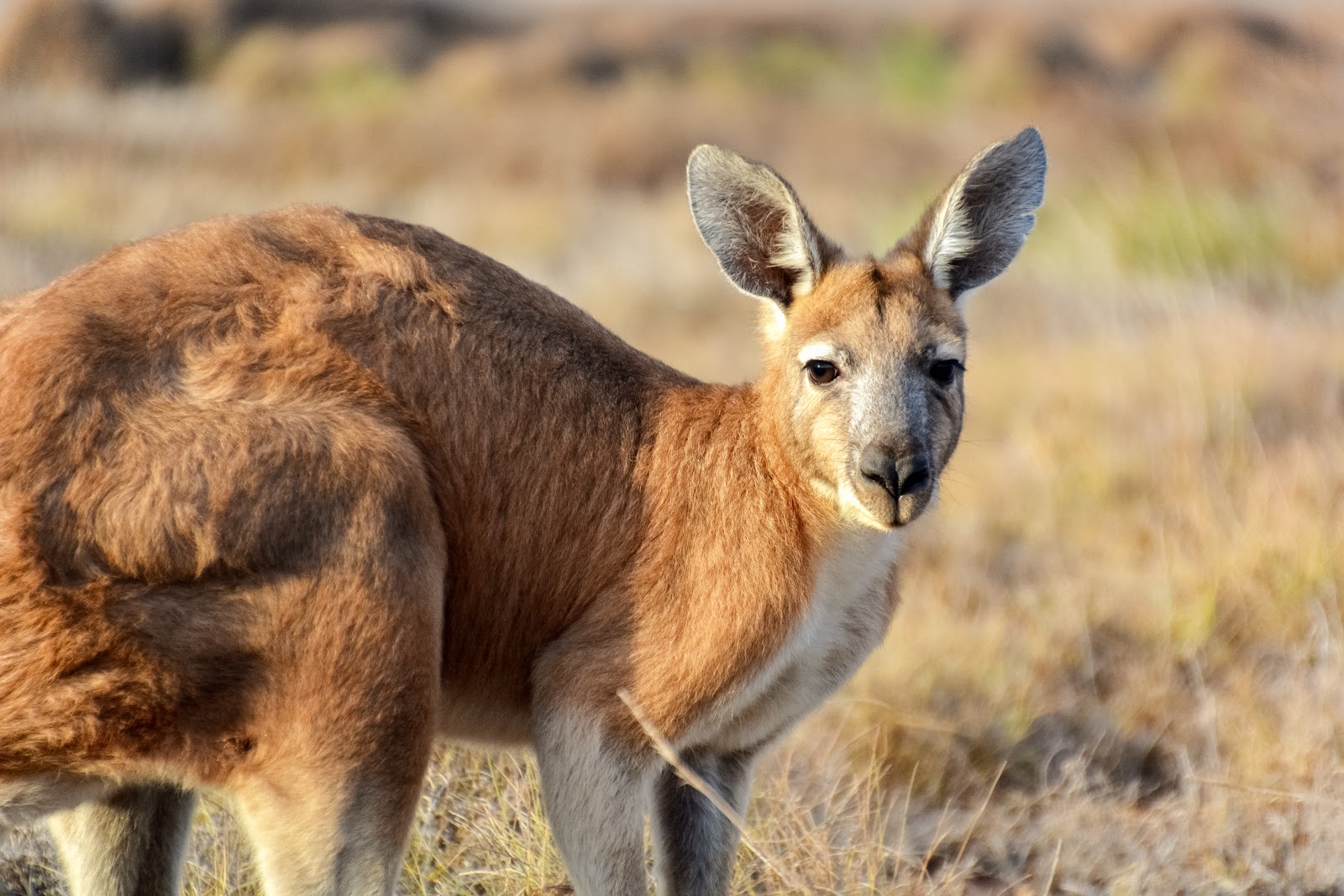 Kangaroos are killed under the cover of darkness where any improper shooting largely goes unregulated.

Unsurprisingly, non-fatal shoots are impossible to avoid and ultimately inherent to the industry. These shots have the ability to cause huge suffering and prolonged death to victims.

Unfortunately, with little monitoring and regulation, it is almost impossible to accurately predict just how many kangaroos are mis-shot and injured annually.

Animal Liberation conducted a study examining the carcasses of kangaroos in chillers and found that as many as 40% of kangaroos may have been mis-shot. 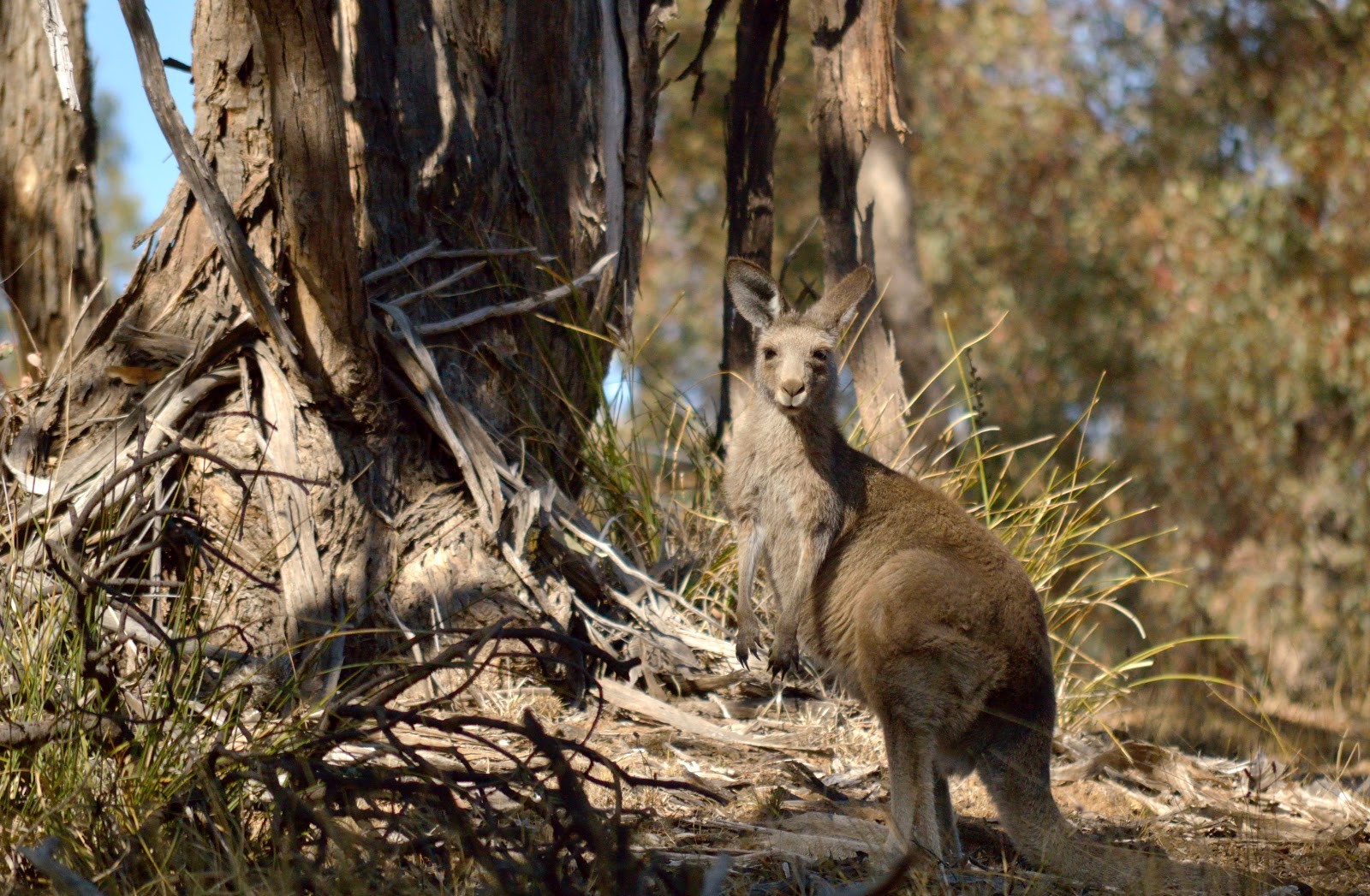 Orphaned joeys, who are too small to represent any commercial value to hunters, suffer terribly at the hands of the kangaroo hunting industry. When females are killed it is a requirement that any dependent joeys also be killed, to “reduce joey suffering”. Depending on the age and size of joeys they may be killed by decapitation, a heavy blow to the head (with objects such as metal poles or rocks), or a shot to their head or chest.

Despite industry requirements, at foot joeys sometimes escape instead of being killed and face life without their mothers, commonly falling victim to predation, starvation, and exposure. The bond between a kangaroo and their joey is extremely strong, and it is unsurprisingly extremely stressful for a joey if they become separated from their mother after witnessing her being killed.

One of the most commonly heard justifications for the mass killing of our native kangaroos is that they are competing directly with cattle for pasture. With ever diminishing habitat to make way for agriculture, kangaroos are forced to graze in farming areas, consequently perpetuating this idea.

Kangaroos form an integral part of the Australian ecosystem; they perform an important role in promoting regeneration of native flora, as well as reducing the fuel load in forests and grasslands.

The reduction of fuel loads is of particular significance in Australia. Fuel load refers to dead or live vegetation that has accumulated over time; this includes grass, small shrubs and scrub, trees, logs, stumps and bark. When fires occur, the fuel load has an impact on the severity and spread of the blaze.

The size and ferocity of the 2019/2020 bushfires in Australia were a terrifying reminder of the consequences of climate change if we do not take action to address the changing climate immediately. Tragically approximately three billion of Australia’s precious native animals perished or were displaced in the fires, including kangaroos.

Kangaroos represent a precious ally in reducing the devastating effects of fires in this country, whereas the clearing of native land and the rise of grazing animals exacerbates the effects of climate change.

Of all the mammals on planet earth, 60% are ‘livestock’ animals, 36% are humans and only 4% re wild animals. It is irrefutable that in order to maintain a healthy, functioning ecosystem a network of microbial, fungal, plant and animal groups are vital. If we do not begin to address collapsing ecosystems around the world due to human activity, particularly animal agriculture, the effects of climate change will be catastrophic to the human race and all biodiversity on the planet.